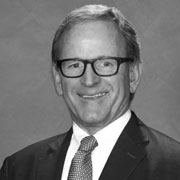 Since 1987 he has been involved in the executive management and as a non-executive Chairman of numerous publicly listed resource companies with operations in Australia, USA, South East Asia and Africa, including as managing director of Claremont Petroleum NL and Beach Petroleum NL during their reconstruction phase, and as founder and executive chairman of Botswana gold company Gallery Gold Ltd. Mr Atkins has been non-executive Chairman of numerous ASX listed companies, including Westgold Resources and Azumah Resources.

Mr Atkins was a Director – Corporate Finance at Patersons Securities Limited between 2009 and 2019, where he advised on the formation of, and capital raising for, emerging ASX companies, including in the Australian resources sector. 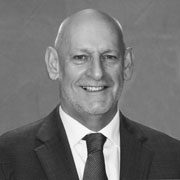 Mr Stone graduated with honours in Mining Geology from University of Wales, Cardiff and has since gained more than 30 years’ operating, project evaluation, executive management and corporate development experience in the international mining and exploration industry.

Mr Stone worked for several years at the large open pit and underground copper mines of the Zambian Copperbelt. He came to Australia in 1986 and since then has been involved in the formation and management of several junior ASX listed exploration companies.

Mr Guy is a geologist with more than 30 years of technical experience in the mining industry, both locally and internationally, with extensive experience in exploration, project feasibility and mining operations. Mr Guy has previously held senior executive positions with several ASX listed junior resources companies and with banking group, NR Rothschild & Sons. He is currently principal of James Guy & Associates Pty Ltd.

Mrs Styants is a Fellow Chartered Secretary, Chartered Accountant and corporate finance professional with over 20 years’ experience assisting a range of Australian and international listed and unlisted companies across a range of industry sectors.